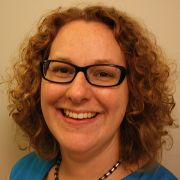 Sue is a developmental psychologist based at the University of Edinburgh in the Patrick Wild Centre for the study of autism, intellectual disability and Fragile X syndrome. She is engaged in a range of projects exploring the uses of technology in autism education, support and outcome measurement. In 2010-2014 she directed a team who developed a new iPad app for children on the autism spectrum, and later published the results of a randomised controlled trial of the effects of playing the app. At the same time she launched a special interest group on autism and technology, managing a monthly digest now circulated to more than 300 subscribers worldwide, which has given rise to a web-based autism and technology information resource: www.asdtech.ed.ac.uk She has collaborated with a range of commercial partners to develop new technologies for autistic users, and has investigated technology use in the classroom and at home using qualitative methods to capture rich descriptions of user experiences. Most recently she has begun to advise the BBC, a leading UK TV broadcaster, on making their online games and apps accessible to autistic players. Current research projects include the development of a novel technological tool to support pretend play in autism, and an evaluation of the effects of digital toys and games on peer-interaction in children with autism. Sue regularly offers training on the many uses of technology to support learners with autism across settings and her website features evidence-based app reviews and guides for parents and practitioners, among other resources. You can find out more about Sue’s work at www.dart.ed.ac.uk and by following her on twitter, @suereviews

Q: Hello Sue, you are a developmental psychologist based at the University of Edinburgh in the Patrick Wild Centre for the study of autism, could you describe more your background and your relation with autism?

I first became interested in autism when volunteering in a school for children with additional needs, when I was a teenager.  That background as a volunteer shaped my career choices. I studied psychology, specialising first in developmental psychology and then autism for my PhD. I am interested in doing work which combines rigorous psychological methods - including well designed qualitative studies - with questions that matter for the community and for practitioners.  I try to work closely with autistic people and their allies in all my projects.

Q: Could you tell us more on your projects exploring the uses of technology in autism education, support and outcome measurement?

I started in the technology and autism field by leading a project in which we created an app designed to support pre-schoolers with autism to develop their early social communication skills.  During the project we did some user informed design sessions, formal beta-testing and we evaluated the app in a randomised controlled trial.  Since then I’ve started a number of different autism and technology projects including evaluations of how tech is being used in homes and schools, development of new technologies to support play, and investigations of the effects of technology on social interactions with peers.

Q: We are very interested on your special interest group on autism and technology, could you tell us some insights?

The special interest group took place over three successive years at the International Meeting for Autism Research.  It was a really valuable opportunity to bring together researchers from many disciplines, together with a few family representatives and some commercial operators.  It is clear to me from that work that the technology and autism field requires interdisciplinary working to deliver successful and well-evaluated products.

Q: What about the Spanish results of your questionnaire on uses of technology?

We circulated a survey asking parents how they used technology with their autistic children at home, and how they felt about that. The survey ran in the UK and Spain, and more recently in Belgium and we’re still trying to pull together all the data. In a nutshell though, the Spanish parents reported a more relaxed attitude to technology use by their autistic children. All countries’ parents noted the potential benefits and their children’s skills, but Spanish parents were less likely to also worry about things like obsessive behaviour or overuse. We wonder if this is because the Spanish press carries fewer alarmist headlines about technology - these claims (rarely drawing on legitimate evidence) are a common feature in the UK media for certain.

Q: You are advising the BBC, on making their online games and apps accessible to autistic players. Could do give us the essential points?

We talked with the BBC about basic accessibility issues.  Things like minimising the need for reading, removing high-contrast and over-busy visual content, and offering as much personalisation options as they could. They are also developing a new TV show, written by autistic writers with autistic performers, about a boy with autism. So we talked about how to extend that with a paired computer game, not just for autistic players, but also for their non-autistic peers to raise awareness and acceptance.

Q: This is it not your first ITASD. What are your impressions of the Congress? What are you expecting from this new edition of the Conference?

The thing I like best about the Congress is that it brings together academics with the community and with commercial developers.  I think it is only by working together that we can produce high quality technologies that meet the needs of autistic users and hopefully deliver some benefit - whether that’s learning a new skill or just relaxing and ha