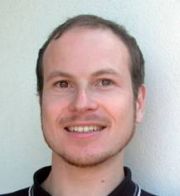 Ouriel Grynszpan holds Master’s degrees in electrical engineering from Supélec, France (1996) and Virginia Tech, USA (1996). Before joining academia, he worked as a telecom and software engineer. He received a Ph.D. in cognitive sciences from the University of Paris South (2005). Since 2007, he is an associate professor in Neurosciences at the University Pierre et Marie Curie. He is currently affiliated with the Institute for Intelligent Systems and Robotics (ISIR). He conducts research on social interactions using virtual reality and embodied conversational agents. He led several projects on technology based treatment for autism.

Q: Hello Ouriel, you have a technological background, owning a degree in electrical engineering, could you tell us how did you ended working on technology based treatment for autism?

After working for a few years as an engineer, I went back to academia to complete a Master's degree in Cognitive Sciences. I met Jean-Claude Martin who was one of our professors and who had started a small project on technology for autism. At that time, in the early 2000s, research on technology for autism was only nascent, but we eventually managed to build a project that lead to a PhD. Interdisciplinarity is key to this field and we were fortunate to have Jacqueline Nadel, a world renowned researcher in Developmental Psychology, join us in this adventure.

Q: You are actually working for the the University Pierre et Marie Curie and we would like to know about your research on social interactions using virtual reality and embodied conversational agents.

We immerse participants in virtual environments where they can interact with avatars that are programmed to have specific reactions. For instance, we conducted research on social gaze. Using eye-tracking devices that compute the direction of gaze in real-time, we were able to recreate pseudo-realistic interactive gaze patterns between human individuals and avatars. These experiments revealed some specific difficulties participants with ASD have to regulate their gaze during social interactions.

Q: How do you think technology could contribute to improve the research on autism?

Understanding what individuals experience in natural environments presents one of the greatest challenges in behavioral sciences. Subtle verbal or non-verbal phenomena that occur during real social interactions are especially difficult to recreate in well controlled lab experiments that typically rely on classical stimulus-response experiments. The use of technology (e.g. virtual reality, avatars, robotics) is advanced as a possible approach to tackle this challenge, because it enables participants to interact with a simulated naturalistic environment that is nevertheless very well controlled.