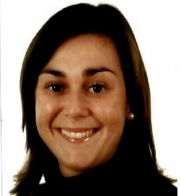 Q: Hi Maria, you have a B.A. in Medicine by the University of Navarra. Could you tell us about your interest in autism?

My interest in autism started seven years ago, when I had a position in Paediatrics. The paediatrician is usually the first specialist who has contact with those children and their families. So it is very important to have adequate training, in order to know the early symptoms and to be able to provide an early diagnosis. Later I became specialist in Neuro-Paediatrics at the Hospital “Niño Jesús” in Madrid, where I had the opportunity to learn more about this condition.

Q: What are your current responsibilities with children with autism at the University Teaching Hospital in Burgos?

My responsibility as a Neuro-Paediatrician, both at my position and as part of the BB Miradas Project is to provide families with the earliest possible diagnosis, so that their children can benefit from early intervention programs. We know that early detection of ASD and the early onset of an early intervention program improves future outcomes, with better cognitive and adaptive skills and sometimes modifying the course of development. Also, an early diagnosis facilitates families the understanding and communication with the child, and is also an important support for them. Another responsibility is to identify and treat possible comorbidities frequently associated with ASD (such as epilepsy, sleep disorders, behaviour disorders, etc.)

Q: Do you think technology can be of help for people with autism?

Of course, there are several technological tools aimed at helping children with autism to better express through pictograms or pictures, for education, attention training and executive functioning.

Q: Can you tell us about your intervention at ITASD?

During my intervention at ITASD I would like to inform about the work we are developing with the project BB Miradas. This is a pilot experimental project tthat wants to be spread at national level. The project is framed in the National Strategy for Autism. BBMiradas aims to identify early signals of ASD, specially analysing eye-direction, with the aim of allowing the child the possibility of accessing an early intervention as possible. We are using Tobii Pro TX300 for eye-tracking measuring. This device offer an accuracy of 0,4 degrees in the visual angle within a range of 300 Herz. It allows to track head movements in a 50-80 cm distance from the screen. We are applying ocular fixation filters to define the amount of visual fixing in eyes, mouth, body and distractors (both in intensity and length). This tool has been selected due to its ecological validity and because we depart from related work in Australia, USA and Canada where this technology has been used with relevant results.

Q: What do you expect from this conference?

I would like to know about other types of technologies being applied for autism, that also helps to improve the quality of life of people with ASD.